Successful products with Agile development. How do you do that? It all starts with understanding how much agility is needed in your line of business and specific context. We help you on your way to determine where you need to be and how to get there. We work with management teams and development teams to create lasting improvements.

Organizations pursue agility to improve their ability to adapt to changing market conditions. The agile way of doing that is to learn faster than your competitors. Achieving this at the organization level requires the organization to have a design that is optimized for learning fast and adapting to change. AgiliX works with you on organizational design, leadership, and improvements. We will make transparent:

Agile and Scrum can be a new way of working for people. It asks for a whole team approach where the team takes ownership of their decisions and where team success is a key objective. It asks for an environment where craftsmanship and quality are highly valued and the teams improve their way of working. To reach this mindset we coach teams on:

Our coaching is done by internationally recognized certified coaches and trainers. 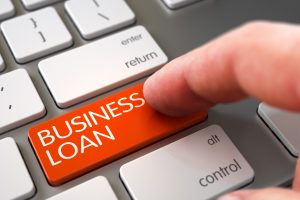 This article is about how we improved on the Dutch Bank Spotify inspired model in a tribe. We work with over 20  teams on our Business Lending product. We develop our product across 3 sites, with dispersed teams. Each team contains business, IT and operations skills. In this configuration we deliver valuable product for our […]

ING – Our Journey towards scaling Agile

On September 12 2019, we ( Nadine, Joris, Vaishal and Cesario ) provided the keynote at the LeSS conference in Munich. We shared the story about how we improved the Spotify inspired ING model with LeSS. My friend Rowan Bunning was present at the keynote and wrote a super nice summary of the talk. You […] 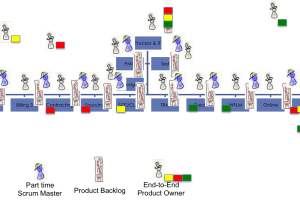 These days scaling Scrum is a hot topic. How can I use Scrum to deliver a big product with multiple teams? The most common approach I see at my customers is scaling Scrum by adding more Scrum teams with a Product Owner and Scrum Master per team. Scaling using Copy-Paste Scaling is about increasing in […] 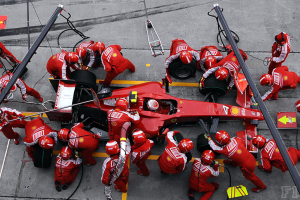 How To Scale Scrum? …is The Wrong Question To Ask

Some companies develop 1 product with 10s to 100s of people using Scrum. And they do that without adding any roles, events or processes to Scrum. They can do this because they use an organisational design that optimises for the right goals. Design Goals An organisation has a design, just like a truck or a […]

More With LeSS: An Interview with Cesario Ramos

Patrick Kasper from ti&m interviewed Cesario Ramos on Large Scale Scrum (LeSS). In this interview Cesario answers some common questions that people have about LeSS. Like for example “The slogan of LeSS is: “more with LeSS” – what does this mean?”. The original results of this interview can be found here.  You can find a copy […]

Very usefull and hands-on training; a lot of best practices and many tips and tricks from the real world where discussed by an enthousiastic trainer (Cesario). I feel that I can use LeSS right away in my assignment.

I am so happy I decided to participate in this training!. Cesario is a rare to find Agile Genius. I got tons of value by responding a lot of my old questions.
I.e. What are the musts in order to facilitate a successful Agile adoption?

I liked that the training is not based on prescribing roles and structures but mostly on changing the way we understand and think about complex systems. Some of the concepts explained like i.e. system thinking transform the way I understand big scale software development forever.

Great content and great teacher, the pace was just perfect and the interaction with the other attendees was priceless.

Cesario gave good input for the vision to get a LEAN software process adopted that brought our previous SCRUM implementation to a higher level.
During the deployment he coached the organization with respect to the implementation and further improvements. He is capable of convincing management, developers and customer why LEAN should be used. He did this by giving good support to help teams implement it. He is strong in making things tangible so that people understand how to go from principle to practice. This resulted in a way of working which is supported by the developers, which was very difficult in the past. 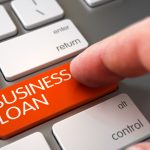 Large Dutch Bank |Our Journey Towards Agility at Scale

By Cesario Ramos, Mr. X, Ms. Y and Mr. Z. BECAUSE OF LEGAL REASONS I CANNOT USE THE REAL NAME OF THE COMPANY AND PEOPLE(...)

WHY ISN’T YOUR CURRENT APPROACH TO SCALING AGILITY WORKING?

By Cesario Ramos & Kurt Bittner Having trouble scaling your agility? You’re not alone; even organizations who(...) 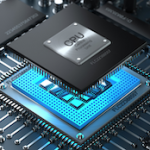 This is a story of how Thales Surface Radar TU Processing, a high-tech embedded software development department(...) 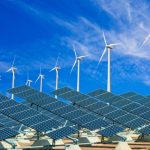 This is a story about how to simplify a 16 team product group using LeSS. Scaling Scrum & Agile has become a very(...)

Learning Journey This ia a story about a LeSS adoption MTS telecommunications. When I look at the case study text I see(...)